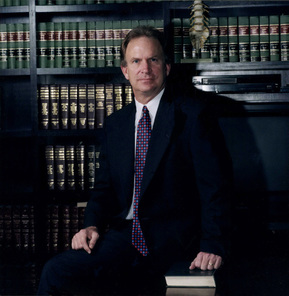 Born and raised in New Orleans, LA, Mr. Manard attended Tulane University where he received a full athletic scholarship and graduated in 1969 with a Bachelor’s of Science Degree. He was then accepted into Tulane University School of Law and graduated in 1972. Upon passing the Bar, he was appointed law clerk to Judge Patrick M. Schott, Louisiana Fourth Circuit Court of Appeals who later became Senior Judge of the Fourth Circuit Court of Appeals. After serving as law clerk at the Fourth Circuit, Mr. Manard accepted an offer and began practicing law with a large downtown insurance defense law firm wherein he represented insurance companies and defended them in personal injury and wrongful death suits.

In 1978, Mr. Manard started his own private practice focusing primarily on representing injured plaintiffs and wrongful death claimants against insurance companies, manufacturers and shipping interests. Mr. Manard focused primarily on automobile, maritime, product liability and railroad cases. He has continued a private practice in those areas for the last thirty-eight years.

Mr. Manard has been happily married to Brenda Bohrer since 1973 and they have three children, Robbie, Wendy and Maryclaire.

The amount awarded to Mr. Manard’s client in general damages was higher than any other reported case in Louisiana history for a single operated disc case and was written up in the Times-Picayune on May 9, 2002.

Mr. Manard’s efforts have not only helped his clients win millions in awards, they have changed the way shopping centers, automobile drivers, product manufacturers and other wrongdoers behave towards the consumer and public, contributing to a safer society. He has supported local charities, recreational departments and schools by donating his time and money to help disadvantaged children improve their lives.